Our success in creating a business that has lasted and grown over past 30+ years is due to our talented and committed team of event industry professionals. Axxis employs over 60 full-time designers, producers, and technicians, in addition to an extensive roster of freelance professionals in markets all across the united states

Who do we serve?

No job is too big or small. Each project is approached from a custom perspective. Axxis has a diverse background working with groups ranging from small non-profits to large Fortune 500 companies. We take pride in producing quality events that have attendees walking away with a memorable experience. Handling everything from large-scale ballroom and arena setups to supporting smaller Audio Visual needs in breakout rooms; we keep production aspects easily sourced under one roof. Headquartered in downtown Louisville, Kentucky; Axxis specializes in executing Audio Visual production and creative direction for events and corporate meetings across the US.

One unique fact about us you may not know… 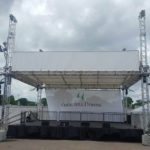 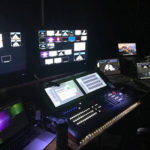 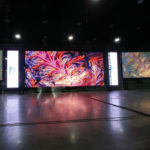 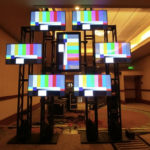 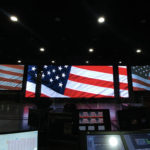 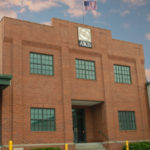 In 1981, at age 45, Reginald “Reggie” Smith decided to move his family from Northern Kentucky back to his hometown of Louisville and start an audiovisual rental business. He sold his house and purchased 6 overhead projectors, 4 slide projectors, 8 screens, a small sound system, a VCR, and a television. All of this (and the family) was moved into a rental house in Louisville and AV of Louisville was born.

Reggie didn’t understand anything about the equipment he just purchased. However he did understand the power of hard work, customer service, and building relationships. He also understood that the company needed to provide dependable, good quality equipment and it had to be delivered on time.

In the beginning, he ran the business out of his garage, using the family station wagon as the main mode of delivery. It was not uncommon at the time for the family television to be pulled out of the house if orders exceeded company inventory.

In the first year the company grossed $15,000. As do most new entrepreneurs, Reggie thought of giving up several times but his continued attention to personal service; his ability to earn the trust of his customers; and his endless hours of work finally paid off and created the opportunity for growth.

This growth took the company far beyond mere “audiovisual” so the name was changed to Axxis in the 90’s. Riding the constantly changing wave of technology Axxis continues to expand its capabilities by providing a full range of services, including full event design and production services, creative themes, program development, artistic design and technical expertise.

Even though Axxis has far exceeded the Louisville hotel market, Axxis still remains committed to the core business that Reggie began in 1981 – audiovisual rentals; delivery of dependable, affordable equipment.

Today, after more than three decades of service, Axxis has one of the region’s largest inventories of audiovisual and production equipment. The company employees over 55 full-time technicians and a rich network of freelance technicians who travel all over the country delivering riveting, state-of-the-art events and productions to some of the largest companies in the United States. Customers such as Humana, GE, UPS, HBO boxing, and others have trusted Axxis as their partner to create unique experiences for their attendees. We consider this trust to be an honor and a testament of our work ethic.

We have grown. And though growth has put a new face on the business, the fundamental principle that Reggie Smith began with still applies: “You have to show up on time and do a great job in order to earn the trust of your customer. Then, they’ll ask you back again and again.”

If you need proof of this principle, consider this: In 1981, Reggie loaded the family station wagon with equipment and delivered it to his very first customer. Axxis continues to serve this customer today.